The Treason of Isengard 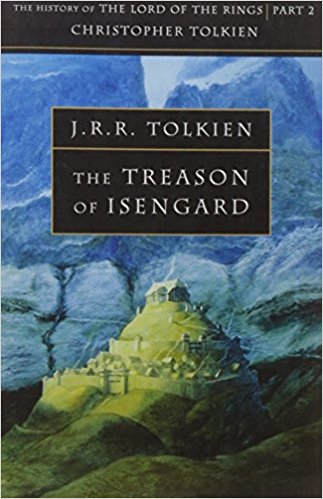 Starting in July 2017, Mythgard Academy will present a free 15-week seminar series on the The Treason of Isengard, the seventh volume in the History of Middle-earth series chronicling the development of J.R.R. Tolkien’s legendarium.

In previous Mythgard Academy seminars, we have reviewed the first six volumes in the HoME series: The Book of Lost Tales, Part I, The Book of Lost Tales, Part II, The Lays of Beleriand, The Shaping of Middle-earth, The Lost Road, and The Return of the Shadow. We have now passed the midway mark of the HoME series – and all signs point to continuing on with the rest of the volumes, as well!

Originally published in 1989, Isengard takes its name from the discarded title for Book III of The Lord of the Rings, and it is the second volume of the four-book subset of the HoME series referred to as The History of the Lord of the Rings. It documents the development of the story as the Fellowship travels through Moria and into Lothlorien, continuing up to the breakup of the fellowship on the banks of the Anduin. It also covers events occurring in the first half of The Two Towers, including Merry and Pippen’s wanderings through Fangorn, Gandalf’s return – and, as the title implies, Saruman’s treachery against the Riders of Rohan.

The History of Middle-earth, Volume 7 is available on Amazon.

Mythgard Academy welcomes all attendees at no charge. Each week during the seminar, the first 100 participants will be able to attend live. Don’t worry if you can’t join us live, though – you can access the recordings for no charge on our iTunes U course and on the Signum University YouTube channel.

These sessions on speculative works are made possible due to the generosity of Mythgard Institute supporters. Those who contribute can vote for which books we explore in our discussions. So far this year, we have continued our journey through The History of Middle-earth series with Return of the Shadow, and after taking a short (but much anticipated!) side trip through Boethius’ The Consolation of Philosophy, we are returning again to the HoME series with The Treason of Isengard.

Our current seminar will takes us into the beginning of November, which means we’ll have time to start at least one more book before the new year. I’m excited to see the next book that will be chosen – and if you want to be a part of the nomination and voting process, there’s still time to donate! Visit our annual fund page to get in on the action!

Week 6: To the Edge of the Known World

Week 8: The War of the Ring

Week 12: Frodo Among the Orcs

Week 13: A Turning Point in the Story